Extreme Commuters Speak Out Against Measure A 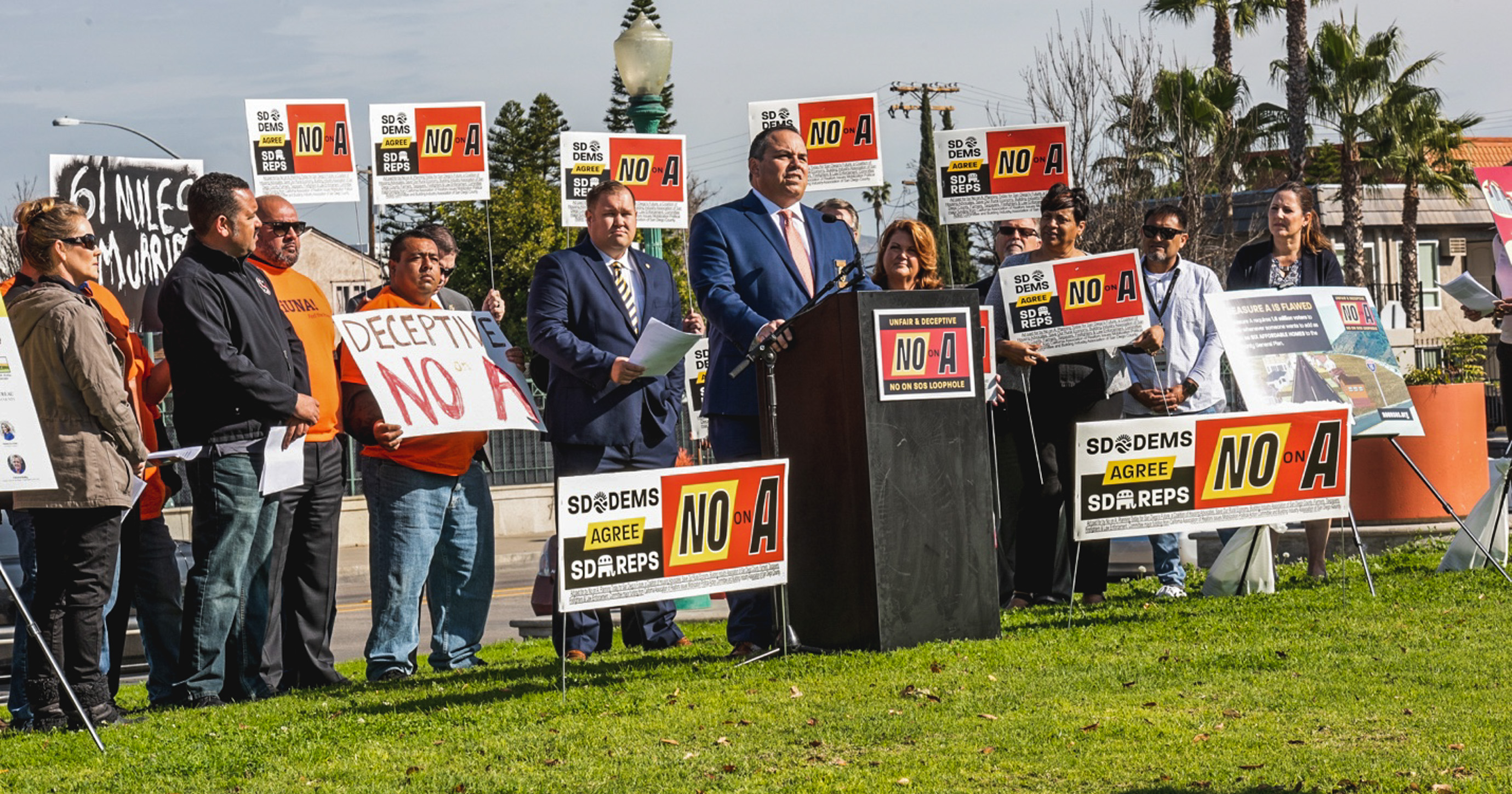 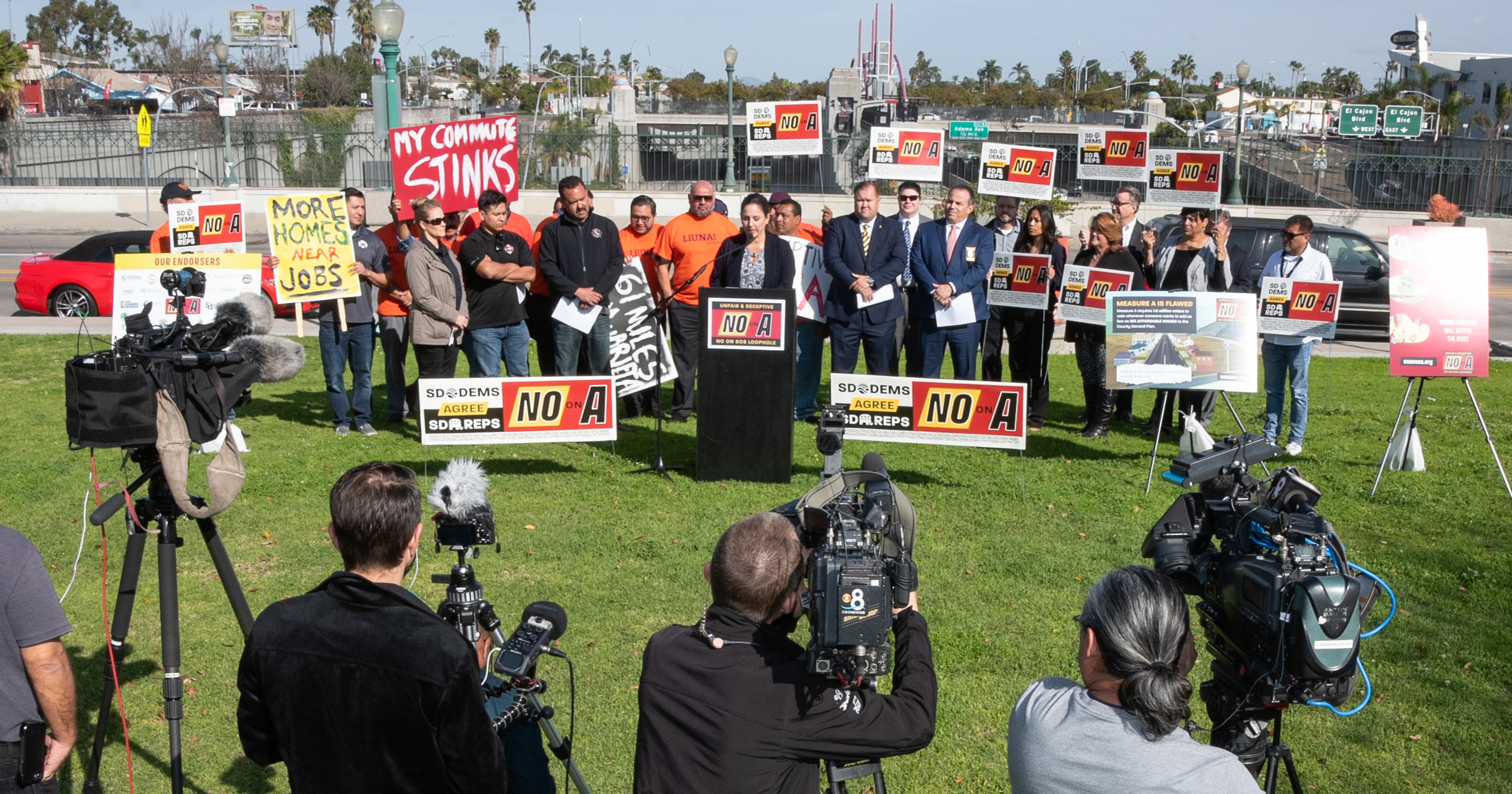 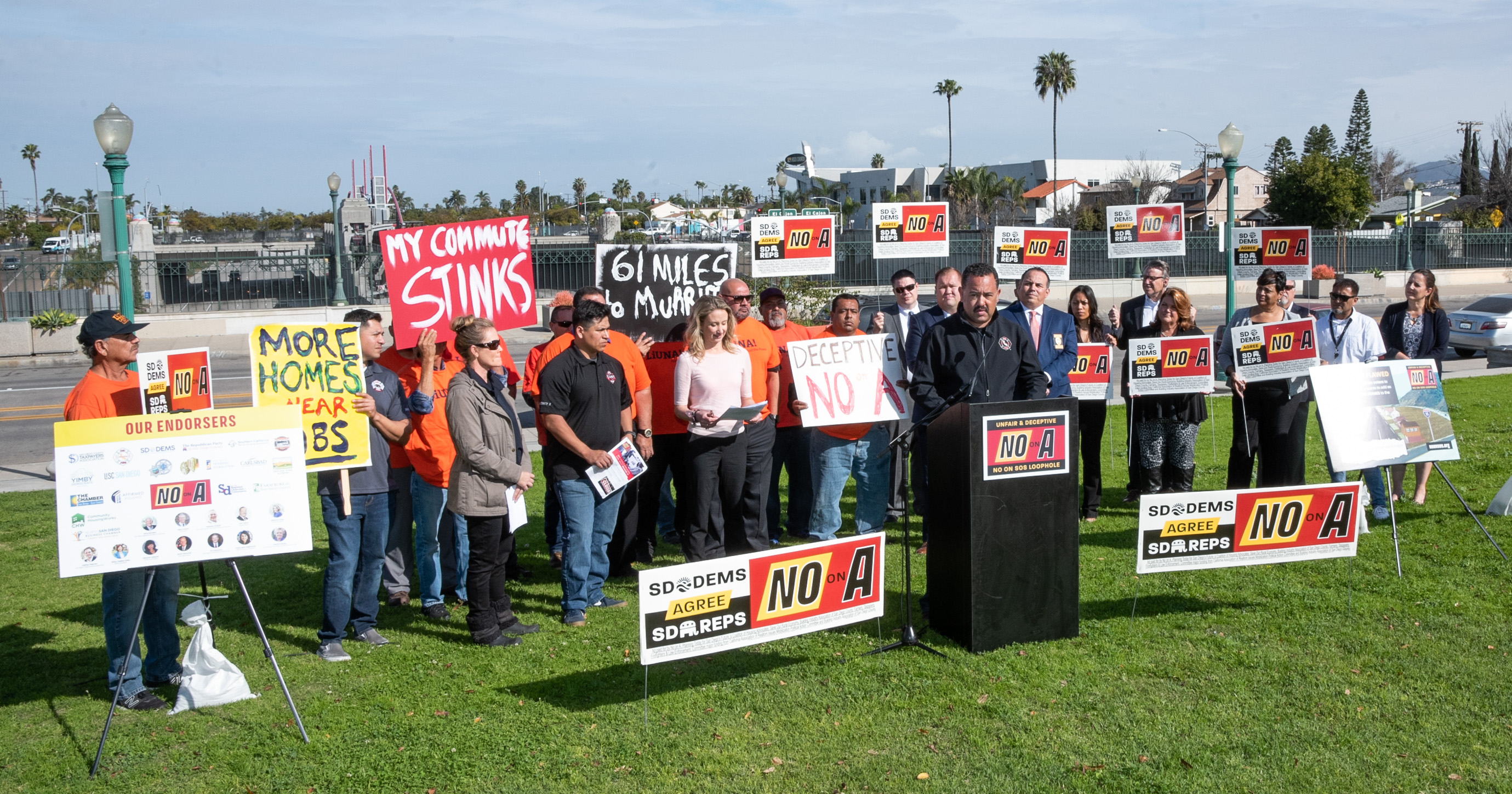 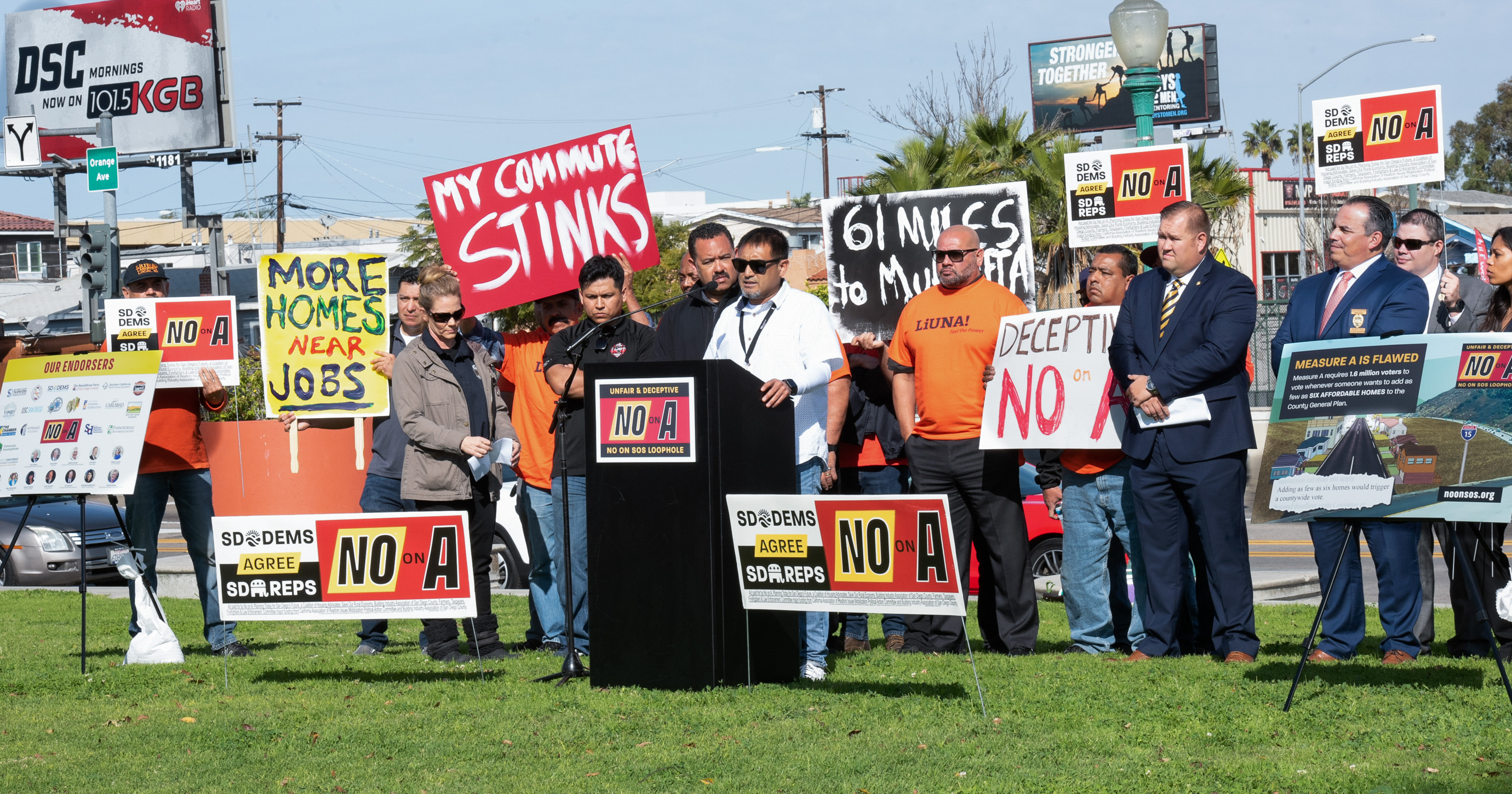 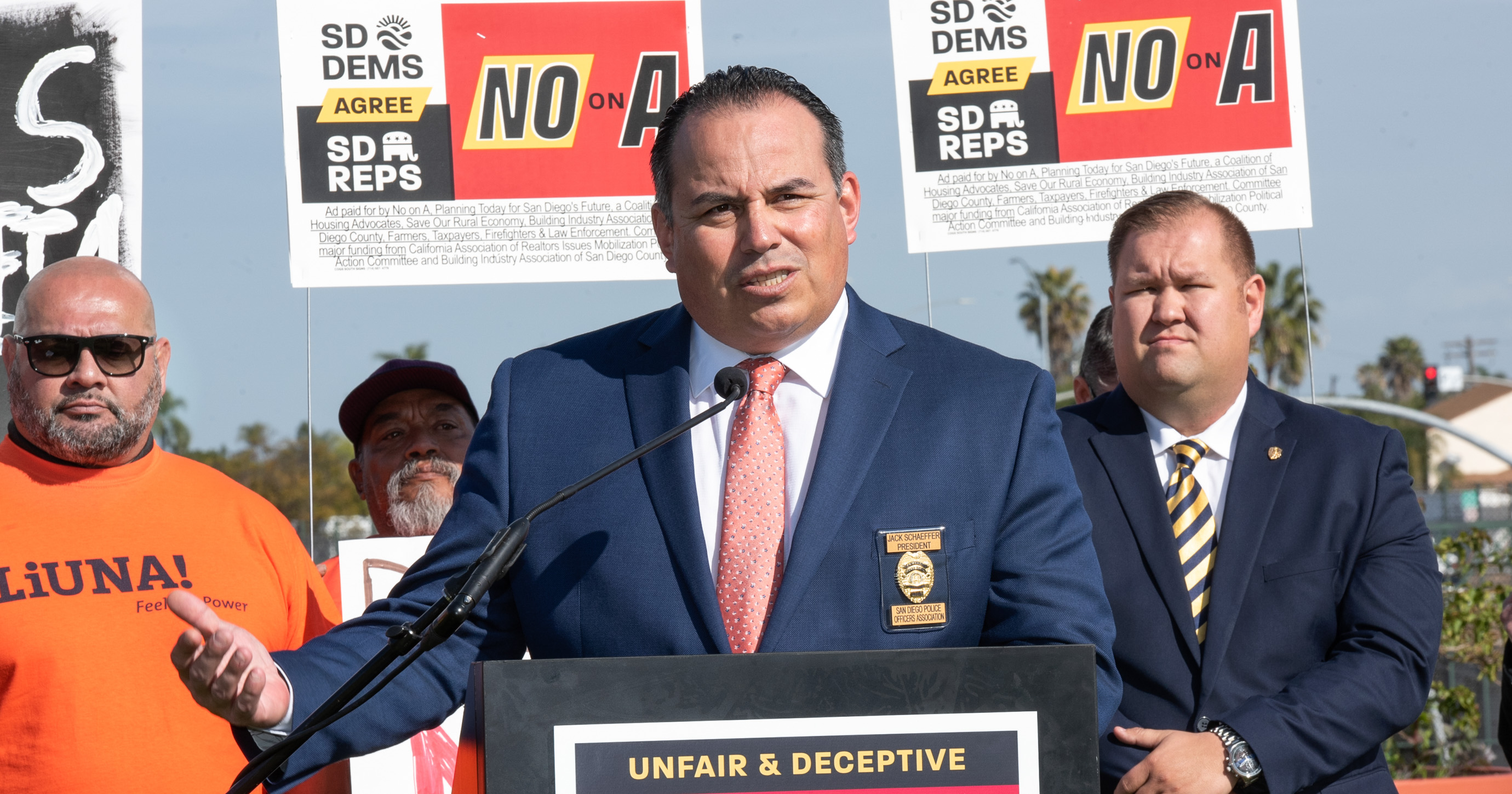 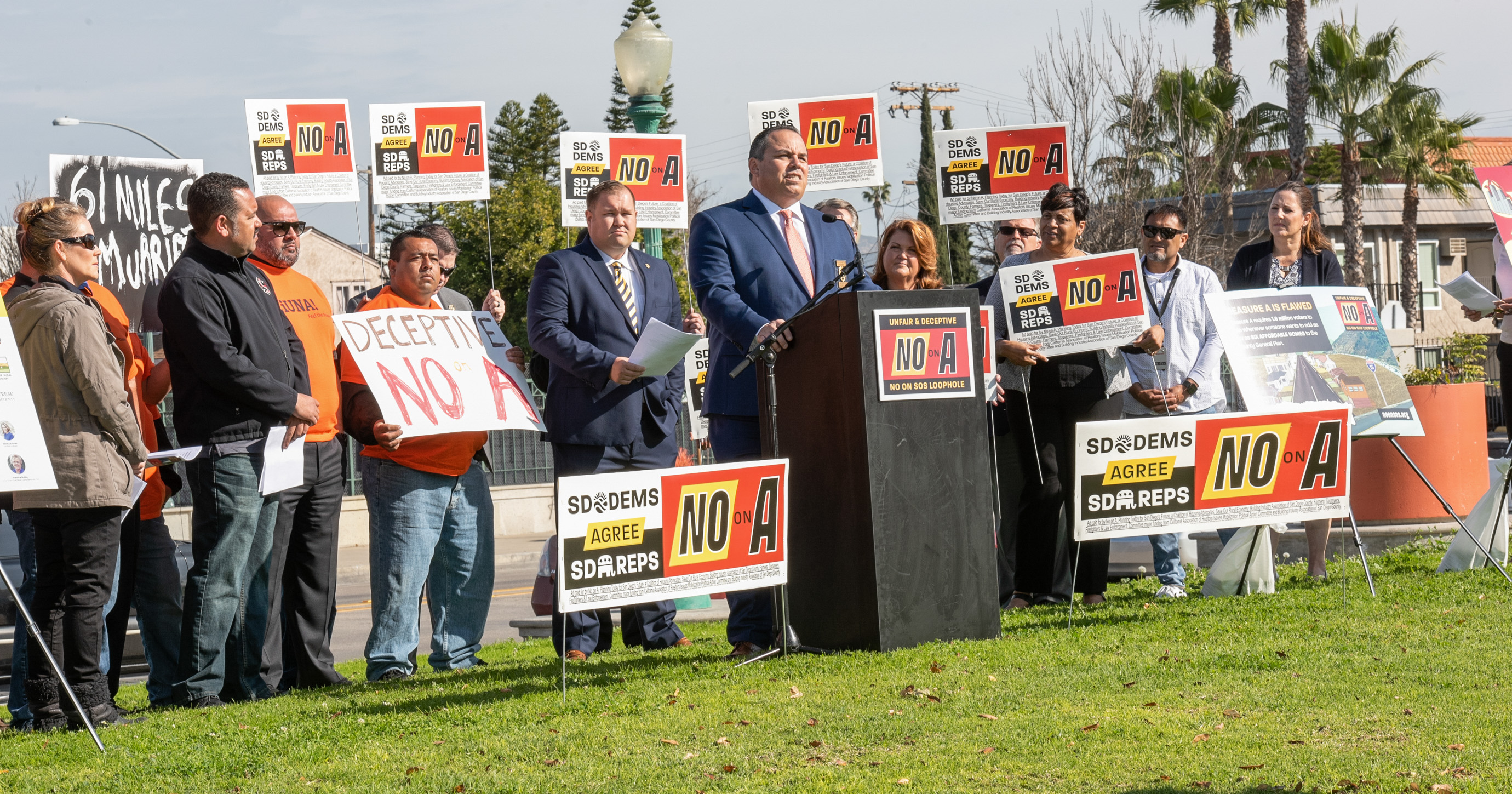 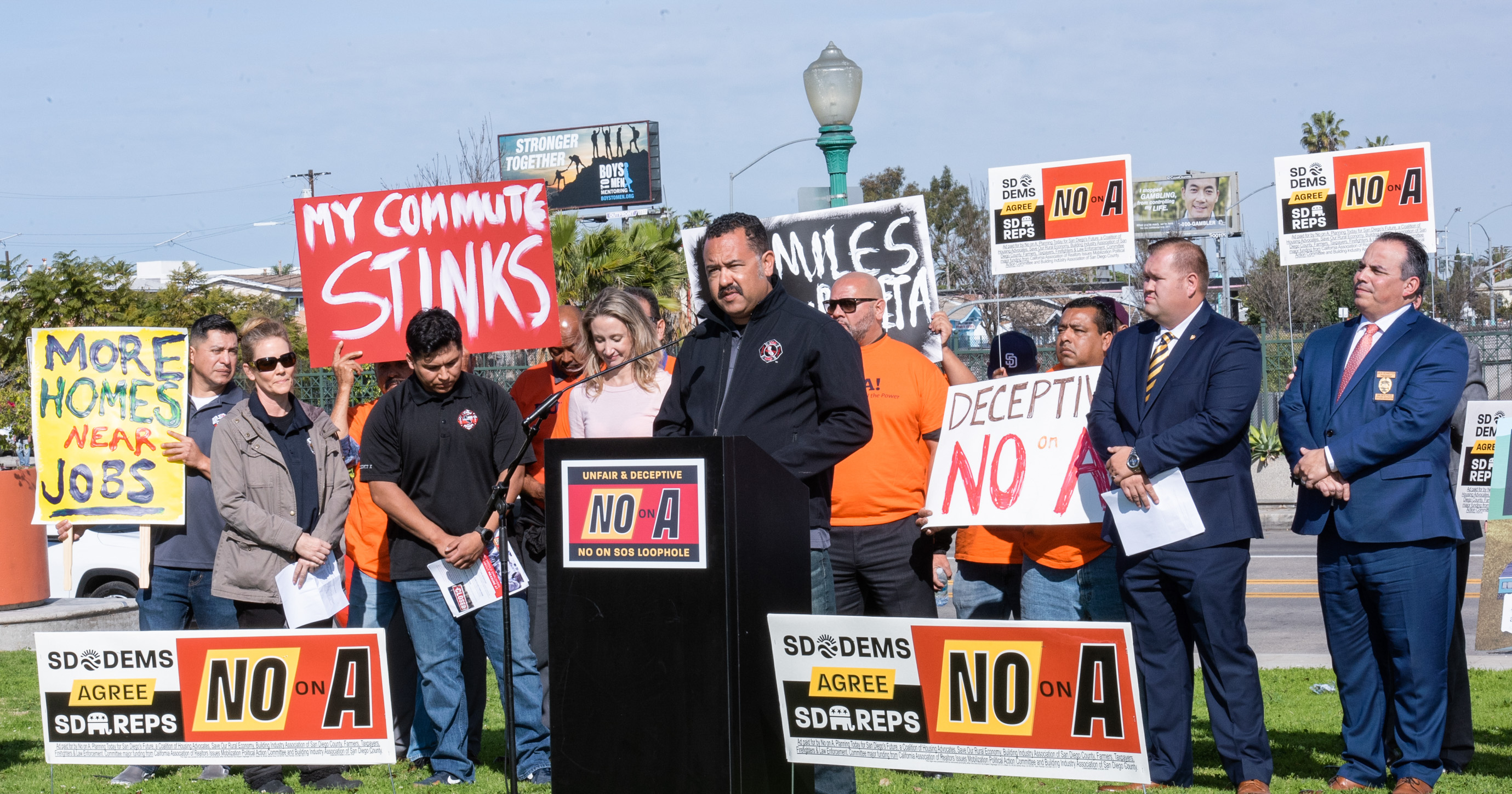 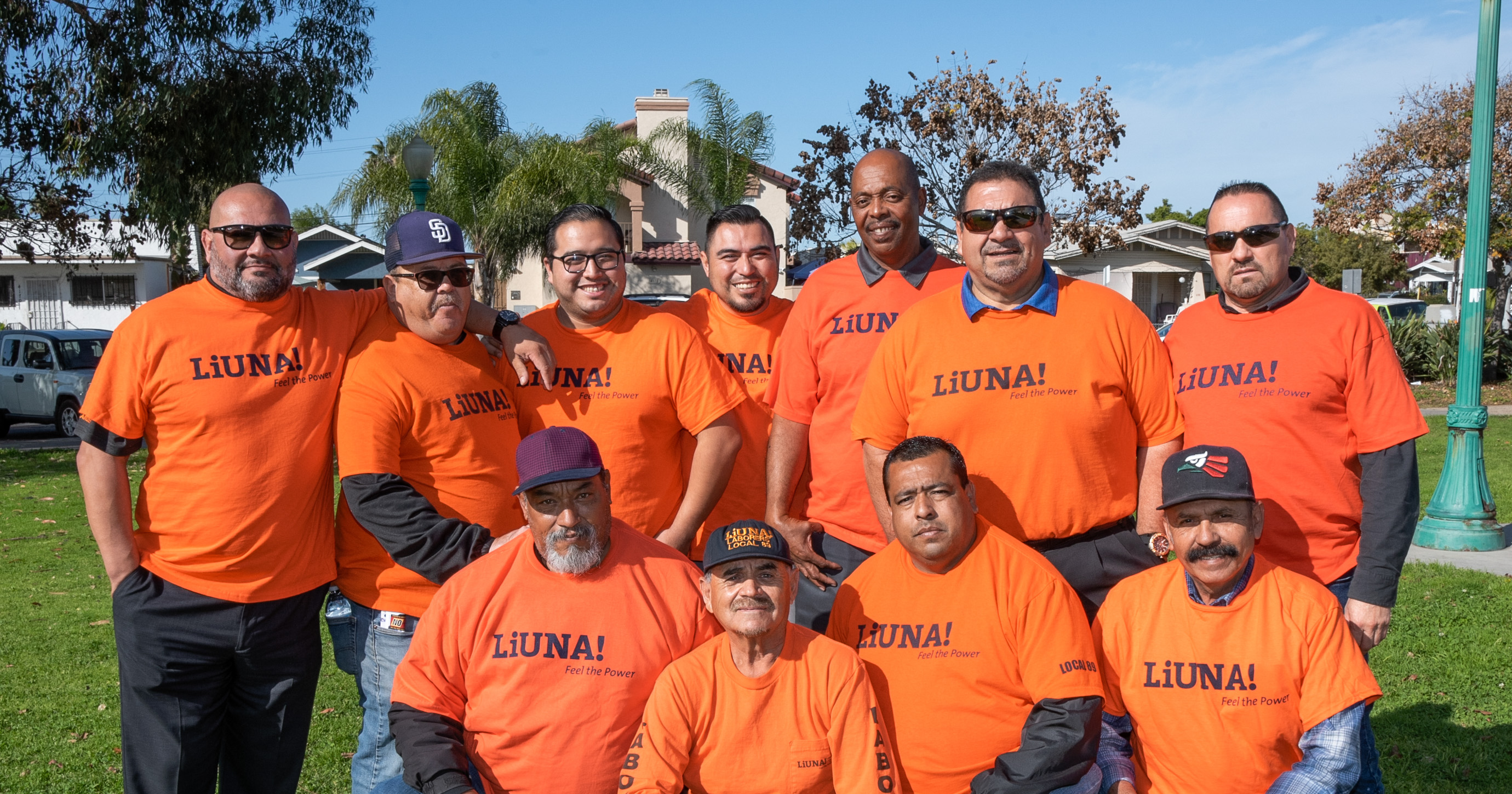 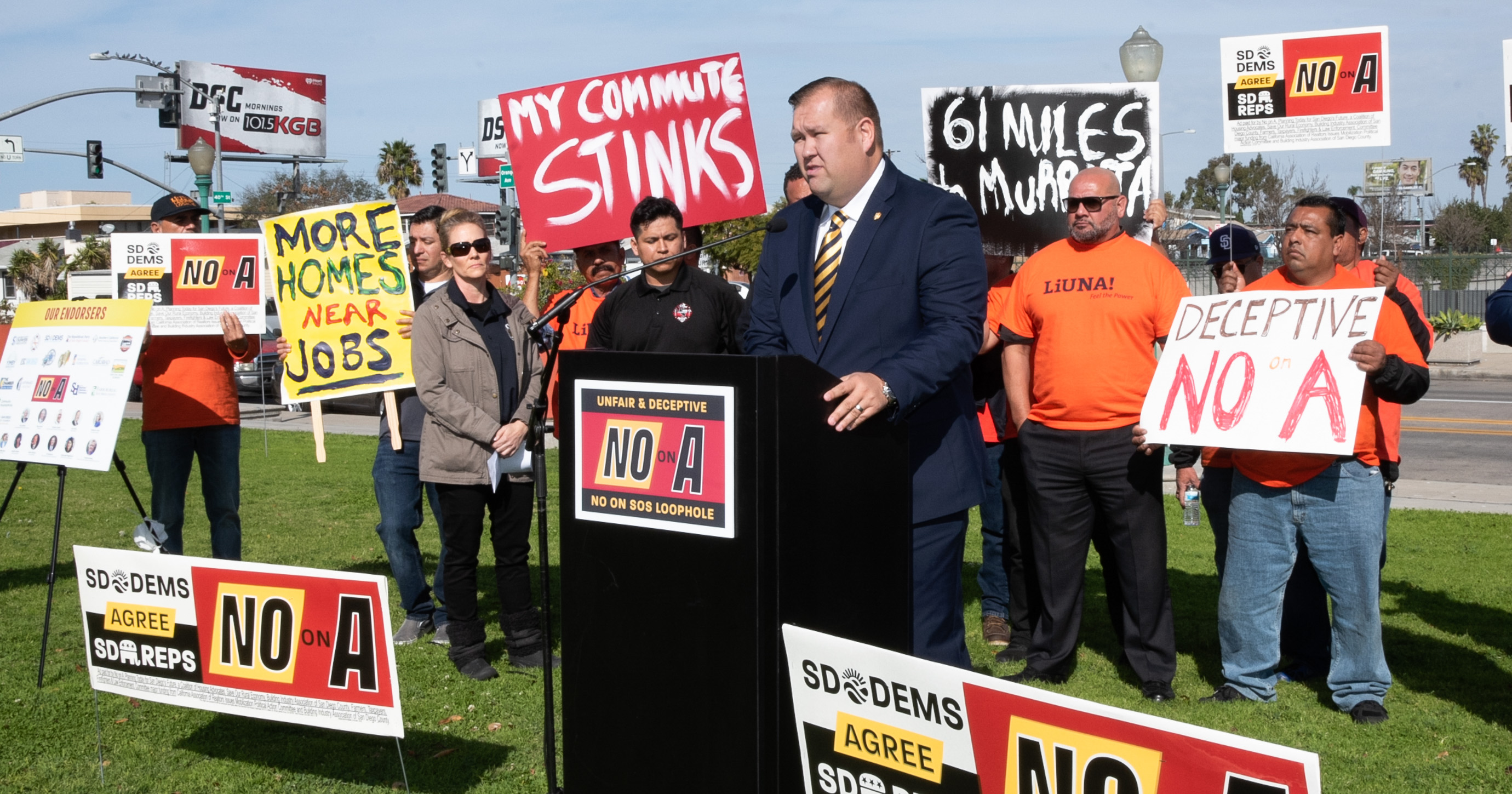 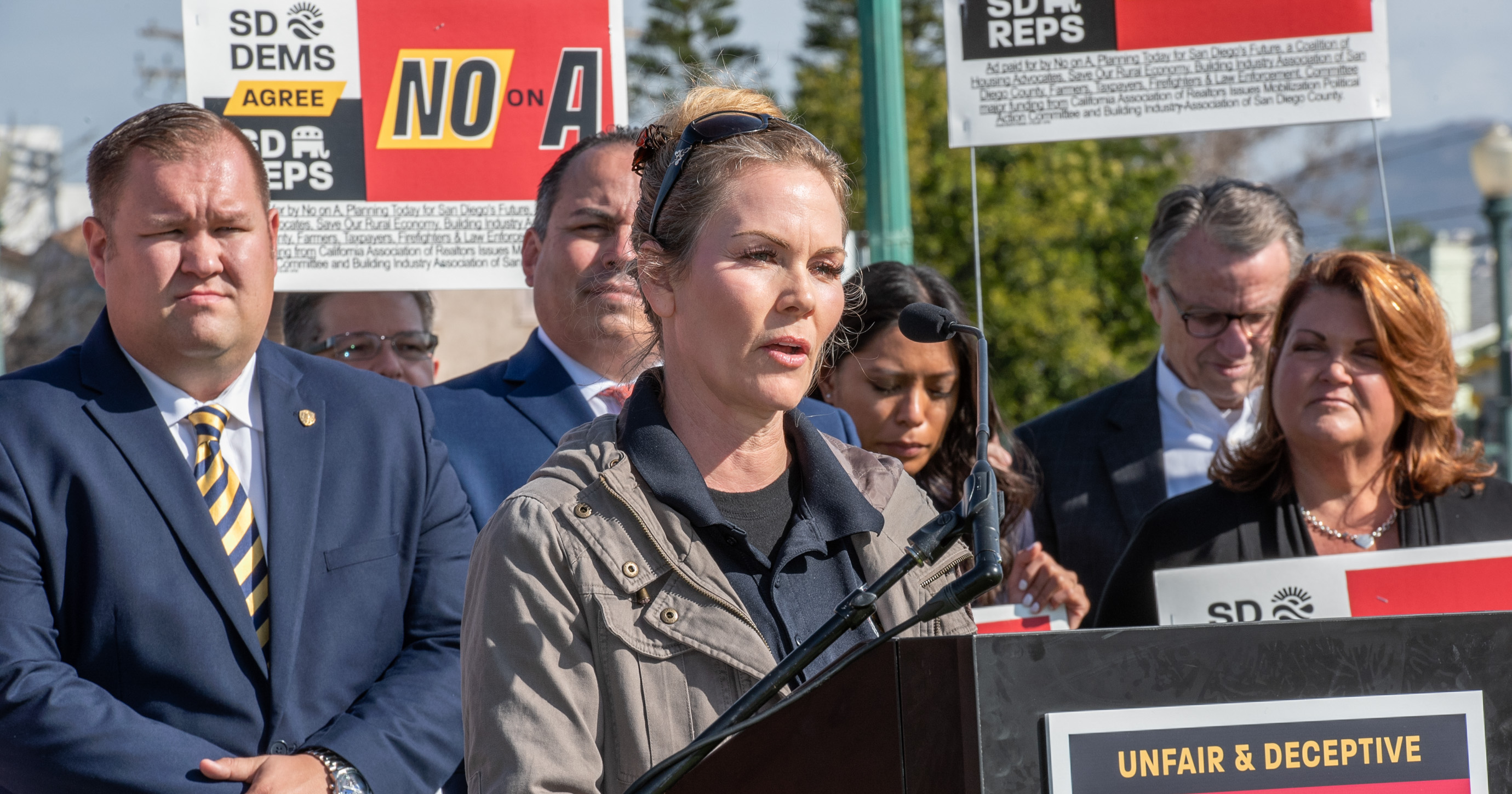 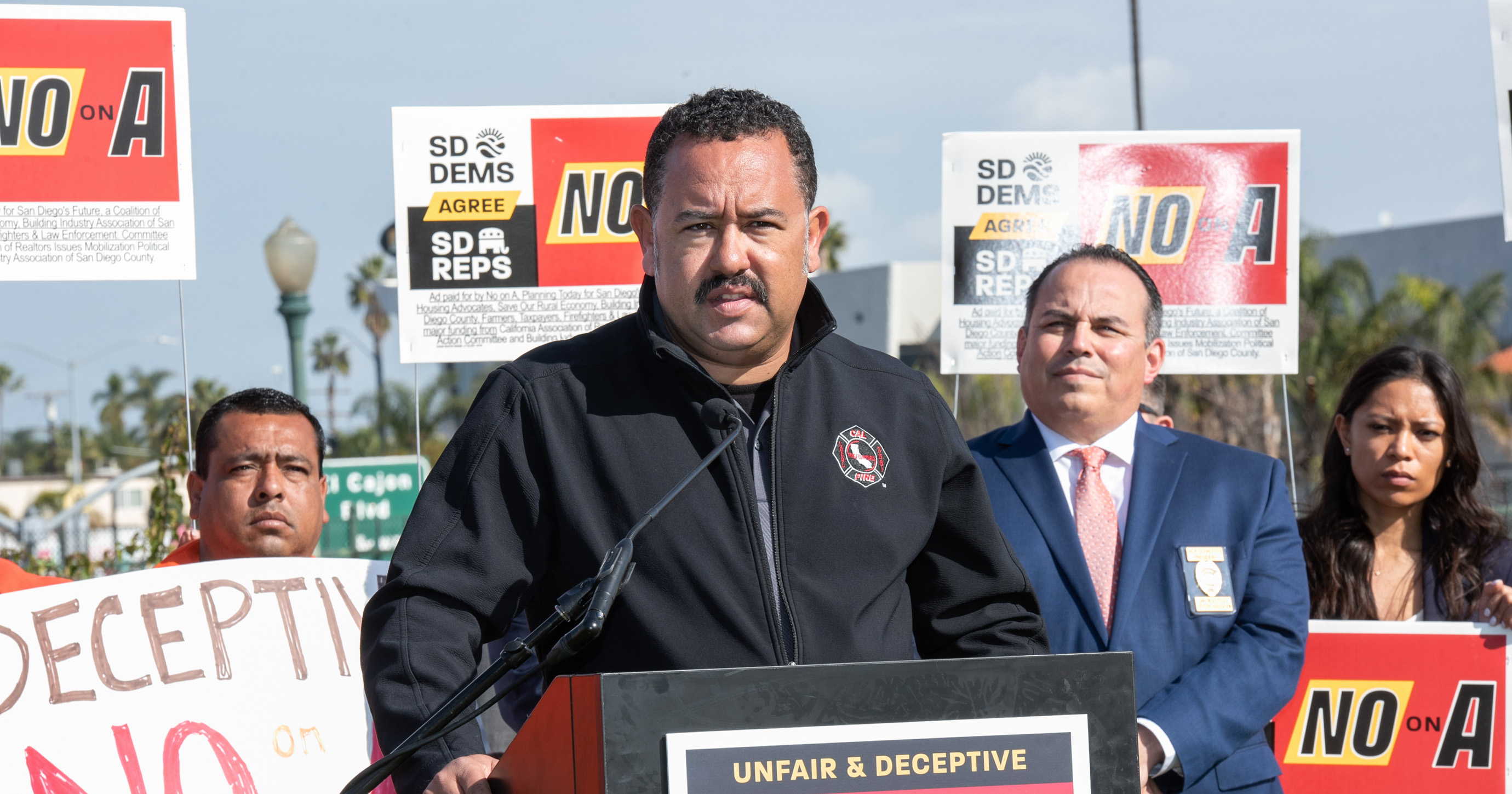 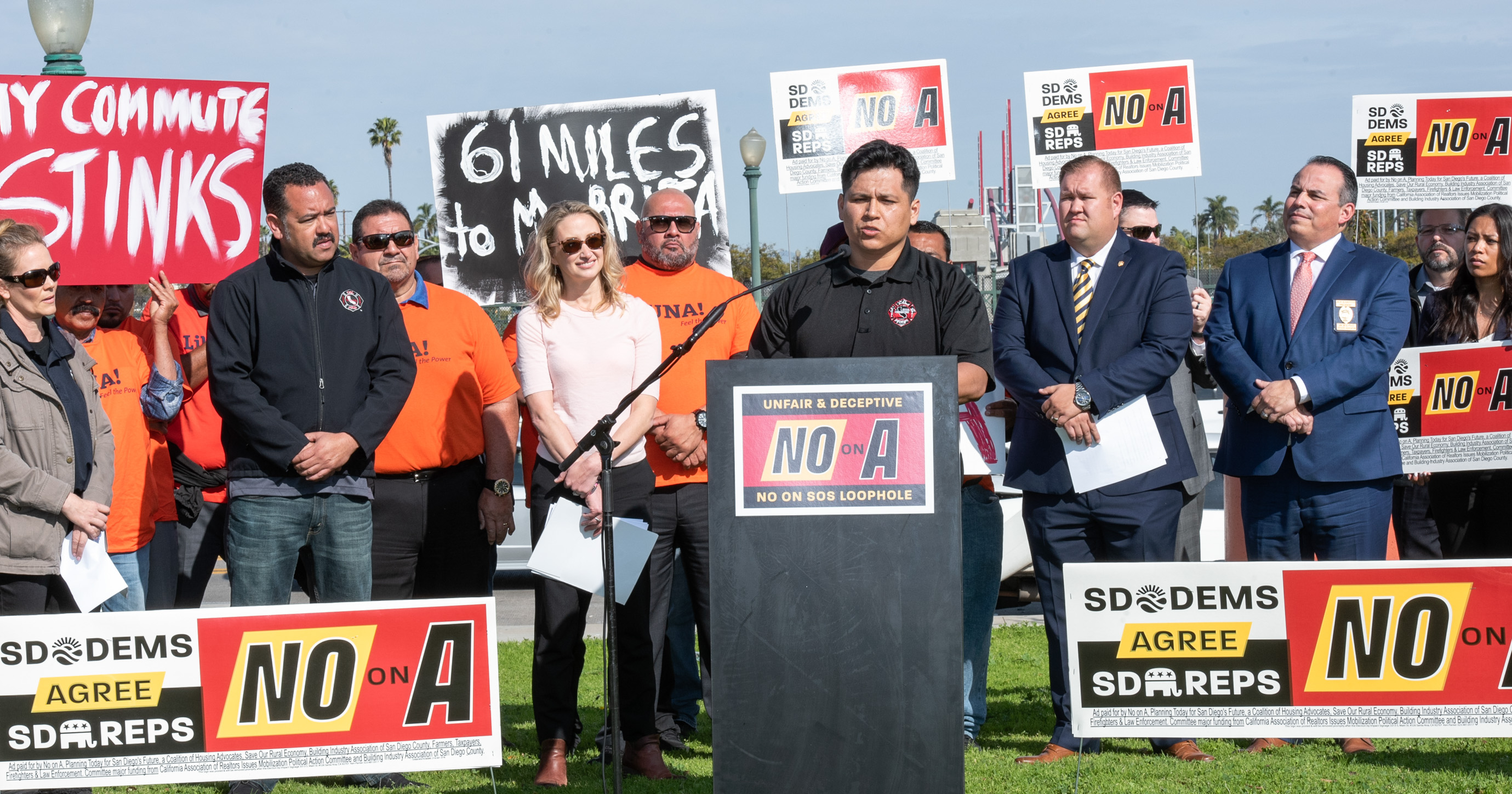 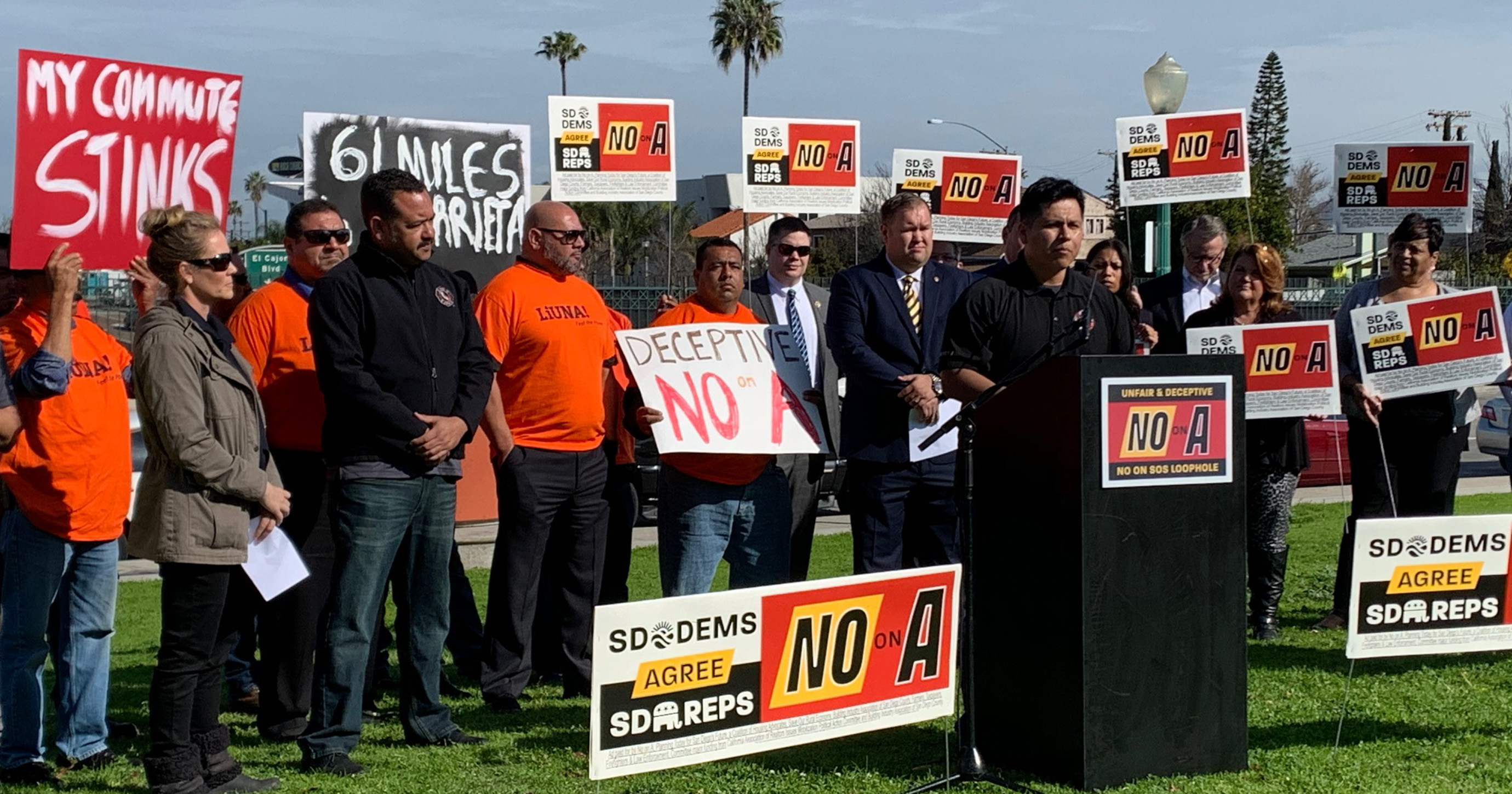 SAN DIEGO (February 3, 2020) — San Diego County is becoming a community where only wealthy people can afford to live. Working families are priced out by skyrocketing rents and home prices, said a group of people who have moved to Riverside County and Tijuana while keeping their jobs in San Diego. These “extreme commuters,” who clock up to four hours on the road each day, spoke at an event to urge San Diegans to vote No on Measure A.

The workers, including firefighters and police officers, have been priced out of the communities they serve. They gathered at a park in City Heights overlooking the Interstate 15 freeway Monday to express their concerns, as the San Diego County Registrar of Voters opened early voting and issued vote-by-mail ballots for the March 3 election. From a San Diego police officer to a father of four, these extreme commuters urged the public to vote No on A, a measure that would create a roadblock to affordable housing and push more dedicated and skilled workers out of San Diego County.

Funded by extremely wealthy, out-of-town Wall Street investors, Measure A would force 1.6 million voters to the ballot box anytime anyone wanted to amend the County’s General Plan to add SIX or more homes, yet it places no restrictions on casinos, resorts, hotels or factories. The measure would be in effect for 20 years. The passage of Measure A, a deceptive measure riddled with loopholes, would dramatically reduce future home building, thus hurting our economy, driving rents and home prices even higher, and forcing more hard-working San Diegans to move to Riverside County, Tijuana, Arizona and beyond, according to economists.

San Diegans who already struggle to stay afloat are grappling with what to do if Measure A passes in March.

“The thought of leaving San Diego, a home where I’ve built a career and family, is heartbreaking to me but I can’t ignore the fact that rents and home prices are rising faster than my income,” Kourosh Toumadje, a father of four who works as a production planner in a laboratory, said at the news conference. “To my family — this is home. But if Measure A is approved, I may eventually have no choice but to move my family from the only place we know.”

If Toumadje decides to leave San Diego, he won’t be the first one. Nearly half of young workers recently surveyed by the San Diego Regional Chamber Foundation said they are considering leaving the region because of high housing costs.

“It’s not ideal to have such a long commute but with San Diego’s housing market, moving to Tijuana seemed like my best option,” Lucero said. “Sometimes it takes me hours to cross the U.S.-Mexico border for my shift. I make it work because I love my job, but it does take a toll. Measure A would make our housing market even more expensive – leading more people to drive longer distances from their homes.”

Keelan McCullough, a San Diego police officer and a member of the San Diego Police Officers Association, and Brandie Rhodes, a firefighter with CAL FIRE Local 2881, both commute to work from Riverside County. In 2016 alone, more than 13,000 of our friends and neighbors moved to Riverside County.

San Diegans make this move because homes in Riverside County are more affordable – prices are 30% less than in San Diego County – and they can commute back here for work. A total of 60,000 vehicles drive daily from homes in Riverside County to jobs in San Diego County, contributing more than a half million metric tons of greenhouse gas to our air annually.

“San Diego County’s housing prices have forced me and many others to become extreme commuters. I never imagined that I would spend more than 500 hours a year driving up and down Interstate 15 in rush hour traffic,” McCullough said. “We need more affordable housing, not ballot-box planning, and that’s why I strongly oppose Measure A.”

“We know from our workers that housing and rent costs are a huge concern,” said Valentine Macedo, Business Manager, LiUNA! Local 89. “Our workers are the backbone of our economy and we need to provide them with more affordable housing options right here in San Diego County.”