Taxpayers Association Joins Chamber of Commerce, Business Leaders in No on SOS Coalition

The San Diego County Taxpayers Association has announced strong opposition to the SOS Initiative on the March 2020 countywide ballot because it would severely restrict future housing production, hurting our economy and limiting future economic growth. 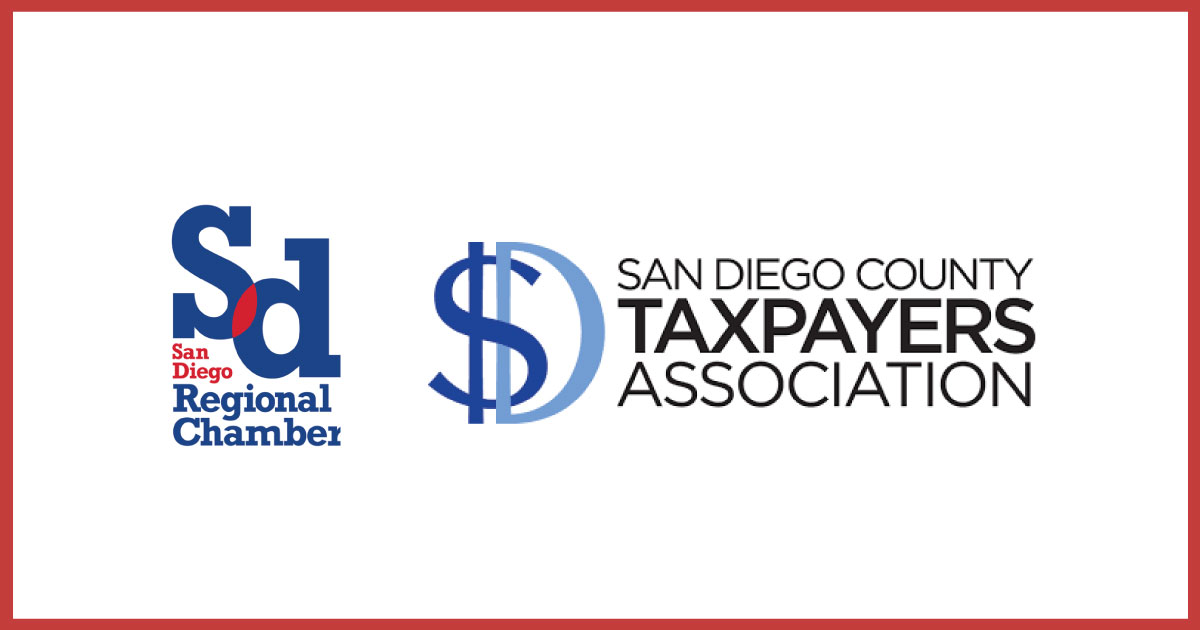 Taxpayers Association Joins Chamber of Commerce, Business Leaders in No on SOS Coalition

“The SOS Initiative is ballot-box land use planning. It would create an enormous new regulatory hurdle just to add homes that we all agree our region desperately needs. We have processes in place today that require public input to build in unincorporated areas and we need to trust the process. We should not be advocating for taking away local control from taxpayers who reside in the County’s unincorporated areas,” said Haney Hong, President & CEO of the San Diego County Taxpayers Association. “We must defeat the SOS Initiative and send a strong message that this measure is unfair, bad for taxpayers, and the opposite of smart growth.”

The so-called Save Our San Diego Countryside (SOS) ballot measure would negatively affect the entire county. Shockingly, amid San Diego’s worst housing crisis in history, it would require a countywide vote to add as few as six homes in the unincorporated areas (those not within city limits). That would mean voters in places like La Jolla and Carlsbad would be making decisions for rural communities in North, East and South County. (About 84% of voters live in the County’s 18 cities, while only 16% live in the unincorporated areas.)

Economists say this burdensome new layer of regulation would hurt our regional economy because it would further restrict our housing supply, hampering job growth, raising rents and forcing more hard-working San Diegans to move to Riverside County, Arizona and beyond.

In addition to the negative economic impacts SOS would bring to our region, it also would unfairly push the County’s badly needed share of future new housing, along with commuter traffic, onto Carlsbad, Chula Vista, San Diego and other cities. Many of these cities are already struggling to meet housing demands and reduce traffic congestion on their increasingly burdened local roadways.

For local employers, recruitment and retention is already challenging amid our region’s deepening housing crisis – and the SOS Initiative would make it worse.

“We constantly hear from business leaders that one of our biggest workforce challenges is the availability of housing at prices that make sense for working families. Adding more barriers in San Diego County during a housing crisis that already puts scores of homes and apartments out of reach for most employees is a bad idea,” said Jerry Sanders, President and CEO of the San Diego Regional Chamber of Commerce. “As a region, we must do more to improve the economic opportunity for all San Diegans. The SOS Initiative would take us in the wrong direction.”

The San Diego region can take lessons from Ventura County, where measures just like SOS were adopted across the county in the 1990s. Ventura County has suffered depressed economic growth as a result as companies have downsized or left the county due to the lack of adequate housing for employees. In the 20 years prior to these anti-growth initiatives, Ventura County outperformed California as a whole, with its average annual job growth exceeding that of the state by 50%. Yet from 2013-2017 the county trailed state economic growth by 50%. During that same five-year period, Ventura County lost 35,000 residents, many because of unaffordable housing costs.

“We need to realize that the SOS Initiative would be causing a big problem for this region economically in terms of our quality of life and our ability to keep our own children and grandchildren in this community, and I just think that’s patently unfair," said economist Gary London. “We can look to Ventura County as a cautionary tale; the anti-growth initiative spread from city to city before being adopted countywide. We must oppose the SOS Initiative because it would likely spawn copycat measures, which could compound the economic damage for the San Diego region.”